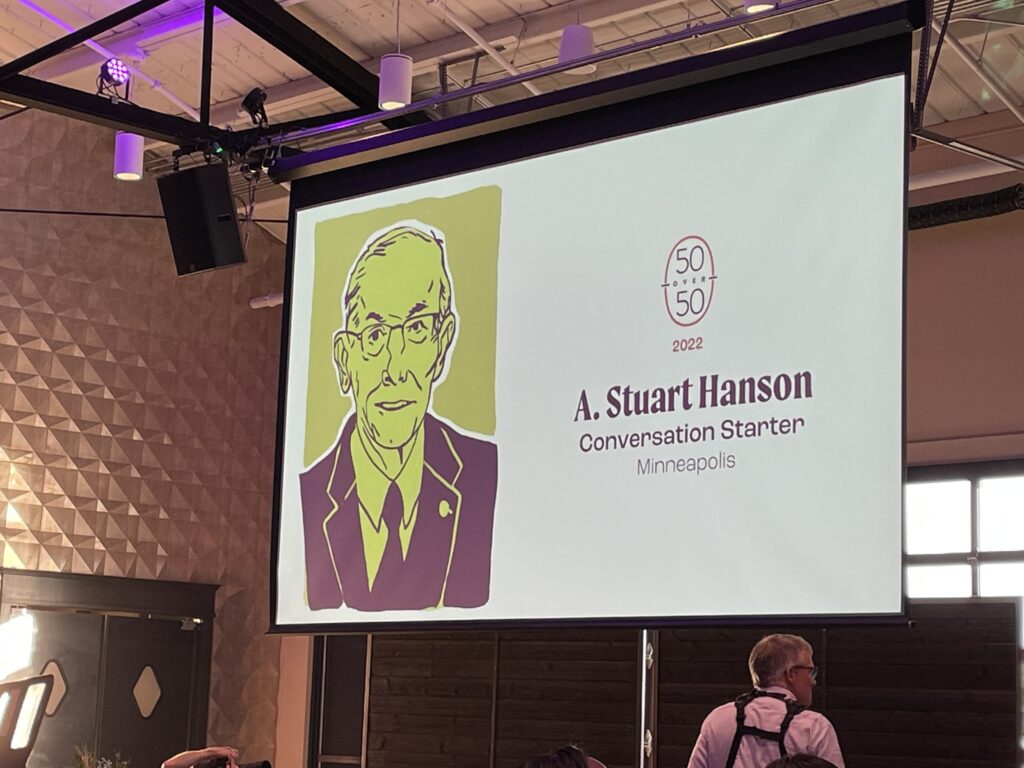 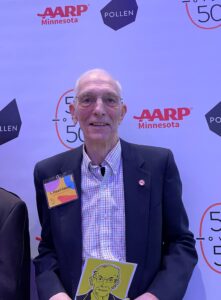 We are so thrilled to announce one of our own residents, Stuart Hanson, has been recognized as one of Pollen’s 50 over 50 honorees! This list celebrates Minnesotans over 50 who have made significant contributions and achievements in their communities. Nominated by the marketing department here at Parkshore, here is an excerpt of his nomination submission:

As a resident at Parkshore Senior Campus for 6 years now, Stuart has shown our team and other residents what it means to serve and create change. Stuart’s whole life has been about doing the right thing and making a difference. In Stuart’s personal memoir, “Do No Harm“, he notes a significant experience as a child that led him to the belief that communicating openly, being honest and telling the truth are essential to building trust with others. 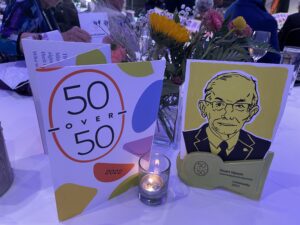 Here’s what Pollen says about Stuart:

As a pulmonary and critical care physician A. Stuart Hanson leveraged his knowledge and expertise to advocate for tobacco control and abuse-free medical workplaces. When he settled into the Parkshore Senior Campus, he was identified as an influencer by his fellow residents and was asked to be part of a guiding group of residents that looked at navigating end of life. They used the book Being Mortal by Atul Gawande that covers issues of death and dying. From there a small group formed, meeting regularly to talk about concerns like end-of-life planning and advance directives. Under Hanson’s leadership, the group has written and published a book, A Senior’s Guide for Living Well and Dying: Conversations that Matter. Written with Hanson’s compassionate voice, the book guides seniors and their loved ones through the conversations no one wants to have—and everyone needs to have. 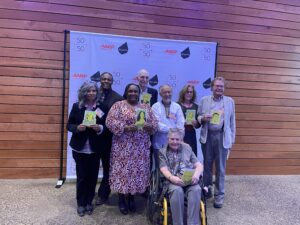